*Keep in mind that each patient is unique and your results may vary. Photos in our online gallery are of actual patients of our practice who have provided consent to display their pictures online. 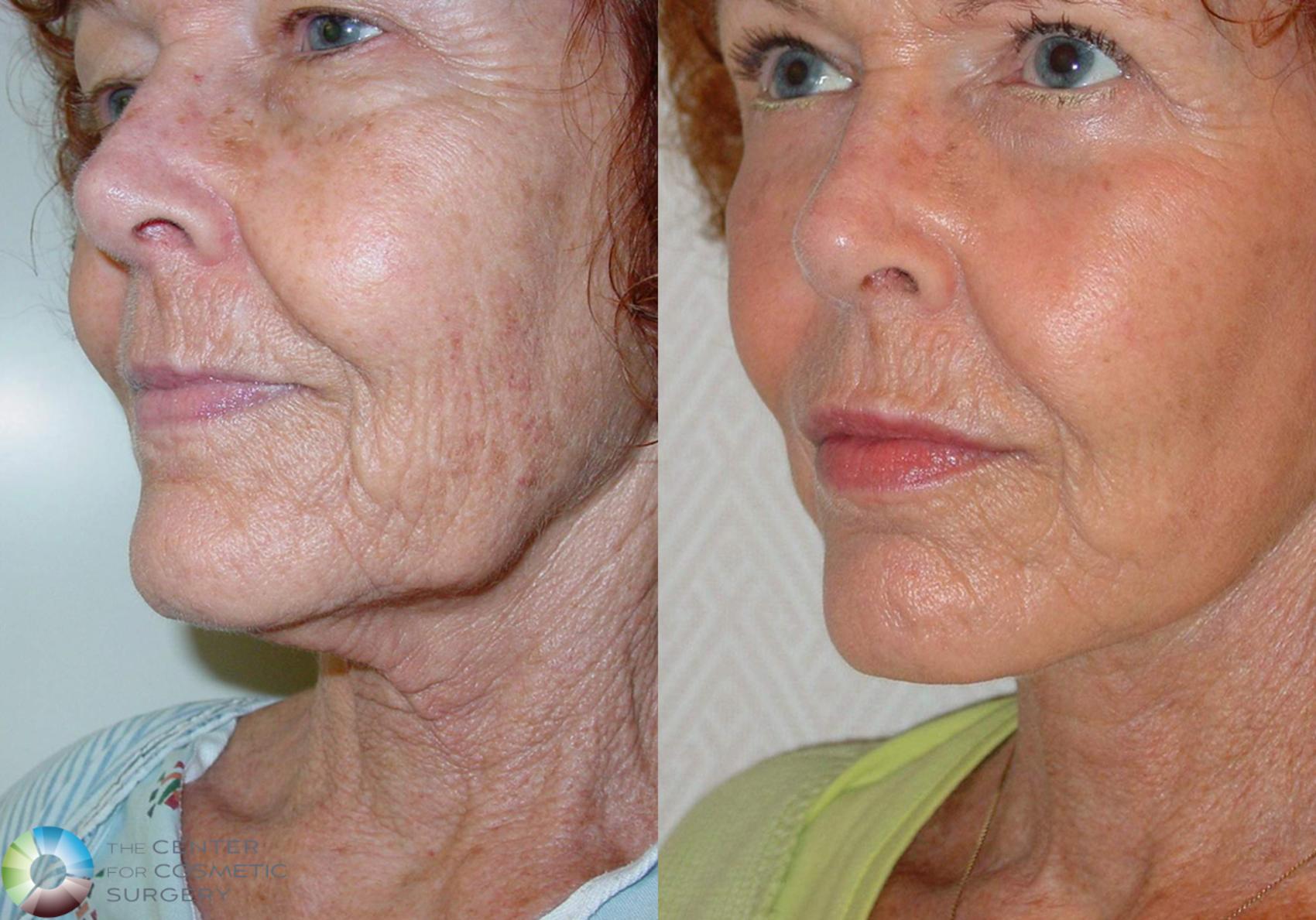 This 62 year-old woman had already had corrective breast surgery in the form of an implant exchange and mastopexy with us several years prior, and apparently was pleased with her results.  She thereafter returned to us asking about her options for a facelift (or “rhytidectomy”), with a desire to improve her jowling and sagginess of the neck in particular.  She also was interested in an upper and lower eyelid lift.  The patient had had a fair amount of sun exposure over the years, which was apparent in the relative thinness and loss of elasticity of her skin, and resultant fine wrinkling.

I counseled the patient that she would be an excellent candidate for a formal facelift approach, with incisions hidden behind the ears and under the chin.  I advised her that this would not likely improve the finer wrinkles around her mouth, and that these would be better suited to treatment with a soft tissue filler or microdermabrasion.  Although she had a moderate degree of brow ptosis (or descent), for which I recommended a browlift, she elected to undergo upper and lower blepharoplasty only.

A facelift and eyelid lifts were indeed performed under light general anesthesia as an overnight procedure, and the patient healed quite nicely.  She was especially pleased with the much improved contour of her jawline and lower neck areas, as well as the face that her eyes looked much brighter and less tired.  If your facial areas are showing the cumulative effects of sun or smoke damage, gravity and aging in general, especially in the lower face and neck areas, you are probably a good candidate, like many others in Denver, for a facelift and/or necklift.  We encourage you to call and schedule your confidential consultation today.