A woman’s nipples are important to her body image, sexuality, and ability to breastfeed. Nipple inversion affects approximately 2% of all women and can involve one or both breasts. The problem may be transient and responsive to stimulation or permanent. In either case, this disfiguring condition can be successfully managed with a procedure called inverted nipple repair surgery that directly addresses the cause of the problem. The result for our Denver and Colorado Springs patients is normally everted, projecting nipples.

Inverted Nipple Repair
Before & After Photos

This feature contains nudity. Please click OK to confirm you are at least 18 years of age and are not offended by such material.

Inverted Nipple Repair
Before & After Photos

46 year-old woman who presented for left inverted nipple (following an unrelated breast biopsy).  Post-op photos are from approximately 2 weeks, and the patient maintained excellent sensation.  If you are interested in having this procedure performed in Denver, inverted nipple correction is a simple outpatient pr... Read More
Surgeon: Paul M. Steinwald, M.D. 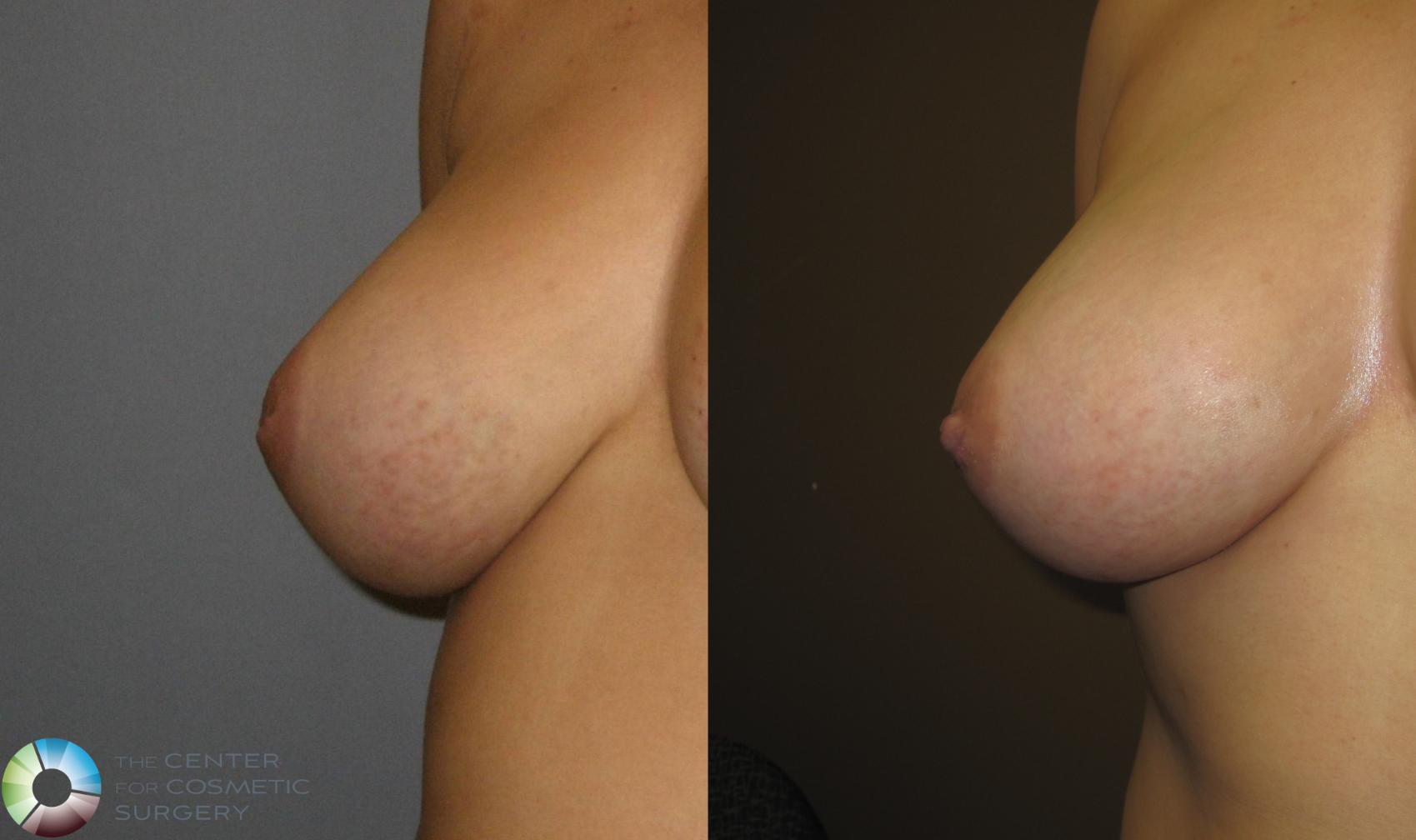 This young woman complained of inverted nipples. She underwent an inverted nipple repair procedure. There is no visible scarring from this operation and the results are permanent. She maintained her nipple sensation. Post-operative pictures are from 3 weeks after surgery. Read More
Surgeon: Steven D. Vath, M.D.
Before / After
Case: 3 of 6

This is a 50 year old Denver woman who underwent an inverted nipple repair. Post-operative pictures are from 2 weeks after surgery.
Surgeon: Steven D. Vath, M.D.
Before & After
Case: 4 of 6

This is a 56 year old woman who had inverted nipples that didn't look normal. Part of her nipples were pulled in by her milk ducts creating an unusual nipple appearance. This is a very common condition that about 10% of all women have. It commonly occurs during pregnancy. She underwent an inverted nipple repair to evert her nipples and create... Read More
Surgeon: Steven D. Vath, M.D.
Before & After
Case: 5 of 6

This is a 46 year old woman who complained of inverted nipples. This is a very common condition. Some women have inverted nipples as a result of changes that happen during pregnancy. Others have it starting during breast development. Inverted nipples are causes by tight milk ducts that pull the nipples down into the breasts. A small procedure... Read More
Surgeon: Steven D. Vath, M.D.
Before/After (1 month)
Case: 6 of 6

20 year-old (no children) who wished to bump her cup size three levels (and address her minor nipple inversion issues); she underwent implantation with 470cc high-profile silicone implants (submuscularly), with concomitant correction of inverted nipples (her story also posted on our Instagram page). She is shown in her after photo... Read More
Surgeon: Paul M. Steinwald, M.D.

Keep in mind that each patient is unique and your results may vary.

What are the nipple and areola?

The nipple is the projecting portion of the breast that carries the lactiferous (milk) ducts. The areola is the dark pigmented circle of skin from which the nipple projects.

Am I a candidate for inverted nipple repair?

Whether your nipples are transiently inverted or permanently retracted, you will benefit from the inverted nipple repair procedure.

The lactiferous (milk) ducts leading to the nipple are unusually short and tight, pulling the nipple inward.

How is an inverted nipple repair performed?

A small incision is made at the base of the nipple within the colored areola so the scar is hidden. Then the shortened ducts are either released or selectively divided depending upon the severity of the inversion to allow for nipple eversion. Small stitches are placed under the nipple to hold the nipple out in a projected position.

Can an inverted nipple repair be performed at the same time as other procedures?

What are the main risks of the procedure?

The ability to breastfeed may be affected due to milk duct manipulation. Sensation to the nipple is usually intact after an inverted nipple repair, but can sometimes be affected.

What kind of anesthesia is necessary for an inverted nipple repair?

Local anesthetic achieves complete pain control so that you may comfortably undergo this procedure in the office operating room setting. You may opt for IV sedation or general anesthesia if you would prefer not to feel the injections to numb the skin.

A Reputation Built on Results

Google
Amazing facility, amazing surgeons. I had top surgery with Dr. Steinwald in December and I cannot be...
Jan 26, 2023

Google
Excellent staff, great facility, and fantastic results! My surgeon and his staff made me feel comfortable...
Jan 25, 2023

Google
Dr. Wolfe is extremely talented and an amazing surgeon. Off the bat I knew he was in good hands. He...
Jan 23, 2023

If the procedure is performed under local anesthesia, you can be back to work and most activities within several hours. There is a mild amount of discomfort which is easily manageable. You may shower after 24 hours and the splint is removed after 2 to 4 days.

Is there anything I can do about nipples that are too long or wide? How about enlarged areola?

Yes. Under a local anesthetic, simple procedures are available to reduce the length and/or width of your nipple depending upon your goals. Similarly, enlarged areola can be made smaller with minimal recovery time and very little risk.